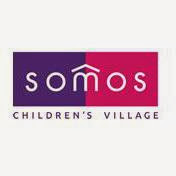 Isa Mundo Foundation was able to meet with Denis Knox, one of the Board of Directors for Project Somos.  Isa Mundo's Director and Founder, Paul Lorilla, learned about the work of Project Somos through the St. George's Academy group who also sent volunteers to Guatemala to support construction of various infrastructure and facilities.

Project Somos is currently working to establish a village for abandoned and orphaned children in Guatemala near the town of Tecpan.  The Village will have seven family homes with Guatemalan Foster Mothers raising a household of children.  The goal is to create an eco-sustainable environment that will use alternative power, have organic agriculture and orchards. They also hope to establish Social Enterprises to provide long-term financial sustainability to support the village.

Paul learned that Project Somos' vision to improve access to education aligns well with Isa Mundo Foundation's support of providing basic primary education for all. Denis invited Paul and the Isa Mundo team to visit Project Somos in the future to see first hand the work being completed in Guatemala. We hope to travel and complete a project site visit with Project Somos in 2014.

To learn more about Project Somos and its team, visit www.projectsomos.org
Posted by Isa Mundo Foundation at Wednesday, October 30, 2013

We wanted to update everyone about a new facility being constructed in Puerto Vallarta, Mexico in partnership with Pasitos de Luz.

Pasitos de Luz (PDL) is a non-profit organization providing services to children with disabilities and their low income families. Isa Mundo Foundation visited PDL back in 2009 and we partnered with Meryln Power to install solar panels in 2010 to help reduce the cost of electricity and allow children to benefit from a heated pool and therapeutic bath.

PDL currently serves about 140 children but can only support a small number on any given day due to the size of their current building.  CASA Connor is partnering with PDL to build a new facility that will serve the increasing demand in the area.  The new site will be 15,000 square foot and began construction in 2011.

CASA Connor was established by the Caring Abroad Society of Alberta, and by family and friends of Connor Vanderveen. Connor is a young man who passed away in October 2011 from Hunters Syndrome—a genetic degenerative disease with a terminal diagnosis.  To honor the life of Connor, his family and friends decided to assist PDL to construct a larger facility and provide much needed services to children with disabilities in the Puerto Vallarta area.

To learn more about CASA Connor visit their website at www.casaconnor.org
Posted by Isa Mundo Foundation at Wednesday, October 09, 2013